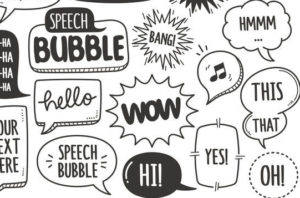 As a communications expert in the midst of the CoVid 19 pandemic and the news, I have noticed and sometimes worry, about the buzz words and language used to describe our situation.  Are words and phrases like the “new normal”, “unprecedented times”,  and “social distancing” meant to placate the masses and give us meaning when everything seems out of control? Did the federal and state governments hire the same public relations company?  Is CoVid lingo spin or substance people?! Rather than toss all of this around I decided to do a bit of research on the phrases mentioned above to get an idea of where they came from and what they mean for the future.

One of my big “aha” moments came from a New York Times article about the history of “social distancing”.  I highly recommend you check it out because these words tied together are not an accident.  They represent a policy first put together by the George W. Bush administration to be used in the case of a pandemic.  Apparently, the Avian Flu (bird flu) and 9/11 motivated Bush to figure out a bio-terrorism defense plan.

Two doctors and the 14-year-old daughter of a scientist are the three founding members of the “social distancing” policy.  It ultimately suggested that if there was a highly contagious disease two things should happen: 1) Shut down all the schools because studies showed that they would be a major source of spreading the contagion. 2) Shut down all public events that would draw crowds in close proximity.  Fun fact from the origins of the social distancing policy, according to the New York Times, “Drs. Hatchett and Mecher were proposing instead that Americans in some places might have to turn back to an approach, self-isolation, first widely employed in the Middle Ages.”

I really despise this term.  To me, it means that someone out there is determining what this “normal” is going to be like and that makes me nervous.  So I went in search of answers on the internet and a site about English language and usage.

Guess what?  In American history the first time the “new normal” became a part of the vernacular was after World War I.  It is predominantly used in business when there are extreme economic developments and other business concerns.  Also, the phrase “new normal” was adopted as a regular part of public discourse after 9/11 and most recently after the financial crisis of 2008/2009. 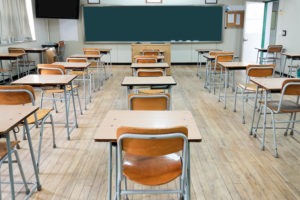 What I also learned is that disaster often precedes the use of “new normal” and that the transition to this period is a point of debate.  This addresses my initial concern about a defined normal. Should the “new normal” be envisioned followed by a process of “carving the measure of transition to suit its requirements”? Or, can the process be more organic and settled by what circumstances ultimately dictate?

According to Dictionary.com, unprecedented is an adjective meaning “without previous instance” and “never before known or experienced; unparalleled.”   The first time a leader used the phrase “unprecedented times” was in 1641.  It was John Finch, Speaker of the House of Commons.  A Thesaurus is a great tool to look for other words to describe our situation.  But, since this has been a long-used phrase, maybe it is “go-to” in these circumstances.

What is the point?

So, in answer to my question is CoVid lingo spin or substance, I would say, from my unofficial review, that it is both.  As people consuming the news, we don’t need to use “unprecedented times” because that’s what we’re hearing.  And if politicians are thinking that they can orchestrate a “new normal” when it took them long enough to dust-off the “social distancing” policy from 2005/2006, “normal” may have to retire as a word altogether.