“Understanding the complexity, risk and opportunity of China’s rise will drive American opinions and policy making well into the 21st century. This book makes an important contribution to that end.” –Jon Huntsman, United States Ambassador to China from 2009 to 2011

“THE CHINA FALLACY is essential reading for anyone who wants to understand American policy toward China. Its thoughtful recommendations on improving U.S.-China relations should be weighed seriously by all concerned with the impact of China’s rise.” –Samuel R. Berger, United States National Security Advisor under President Bill Clinton from 1997 to 2001 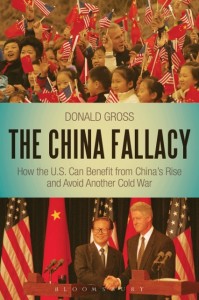 ruary 1972, the United States and China ended more than two decades of hostility and laid the basis for normal diplomatic relations that continue to the present day. The American diplomatic strategy behind this transformation helped bring about the demise of the Soviet Union and facilitated China’s remarkable economic growth.  Now, former White House and State Department official Donald Gross argues in his controversial and thought-provoking new book, THE CHINA FALLACY: How the U.S. Can Benefit from China’s Rise and Avoid Another Cold War (Publ. Date: October 25, 2012; Pages: 256; Price: $34.95; Publisher: Bloomsbury), that it is time for the United States to once again embrace and pursue a new strategy that improves America’s relations with China.  “Realizing a new paradigm for U.S.-China relations would confer numerous security, economic and political benefits on the United States over the coming decades,” writes Gross.

Drawing upon his deep experience in developing East Asian diplomatic strategy, Gross challenges the conventional wisdom that China hawks and protectionists have preached over the past decade that China poses a dire security and economic threat to the United States.  Closely examining the current U.S. military buildup to contain China, which began during the George W. Bush administration and has been accelerated under President Obama, Gross shows that this strategy could lead to a new Cold War – and not bring stability to the region, economic prosperity to the United States, or human rights and democracy to China.

Instead, Gross calls for debunking the fallacy that China and the U.S. will inevitably go to war and that China’s rise is occurring at the expense of the United States.  He calls for the U.S to work closely with China to resolve the major security, economic and political conflicts now dividing the two countries.  Reaching agreements to sharply lower trade and investment barriers with China would make America more prosperous.  Resolving major security conflicts with China would help ensure a stable peace in the Asia Pacific.  And improving U.S. relations with China would allow Chinese dissidents to achieve greater human rights and democracy in their own country.

Sure to provoke controversy, THE CHINA FALLACY is critical reading for anyone who wants to understand past, present, and future U.S. policy toward China.

ABOUT THE AUTHOR
Donald Gross is a policy expert, strategist and lawyer who also serves as adjunct fellow of Pacific Forum CSIS, a non-profit research institute affiliated with the Center for Strategic and International Studies. A former State Department official, he developed diplomatic strategy toward East Asia and negotiated sensitive international agreements. Earlier, he was a counselor of the U.S. Arms Control and Disarmament agency and director of legislative affairs at the National Security Council in the White House. 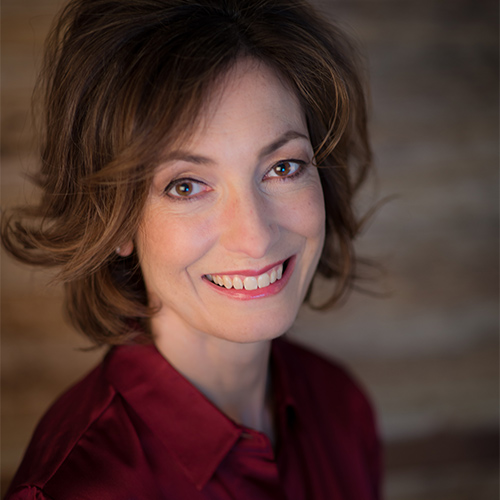